About 2 years ago I turned a small bedroom into a home office. It is a place I can work at the back of the house in a space that feels like a proper work space. It’s often cluttered though and it gets way too much sunlight, so I do find myself working at the kitchen breakfast bar quite often. The main problem is the glare on my laptop, so to address this, and make the space more usable I’ve collaborated with the Window Film Company, and added this fabulous product to the glass in a bid to reduce the sunlight.

Let me show you how it looks, and tell you how you can use it too.

How to Reduce Sunlight and Glare with Window Film:

Here’s a quick shot of the window and the space before I updated it. It’s ok; nothing too inspiring and hard to work at the desk when the sun is shining on the back of the house (which is most of the day until around 3pm). I’ve even treated you to the dust on my window glass! 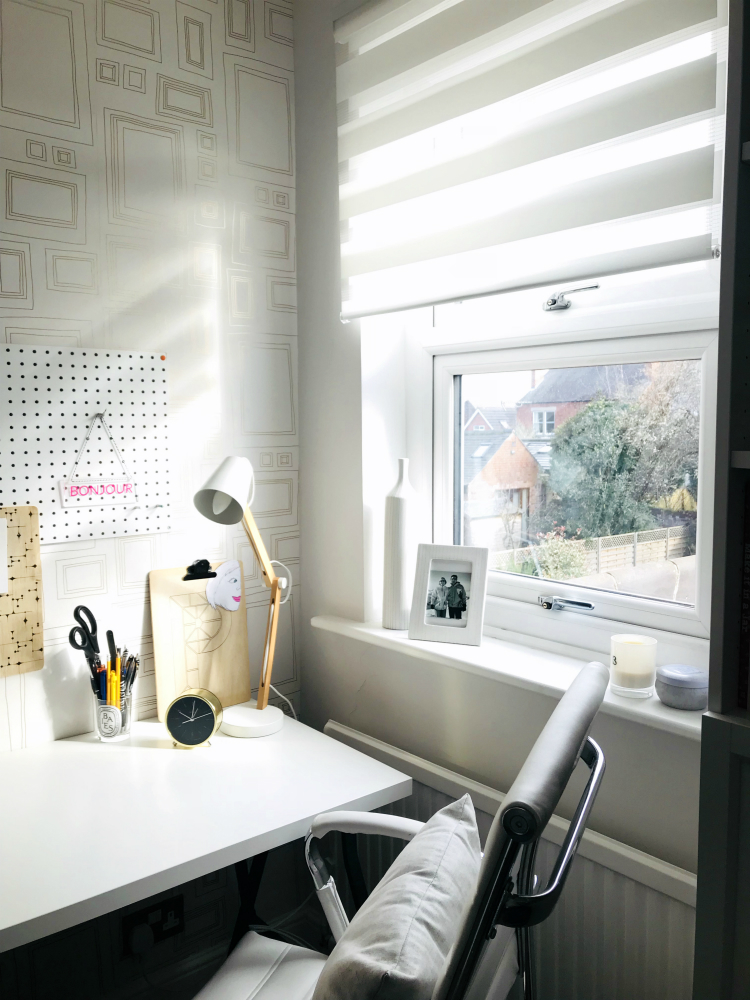 If one thing irritates me, it’s not being able to see my laptop screen clearly. I find it stressful on my eyes and not good for my concentration so I often end up moving away from the desk. BUT, I love the space and really want to be able to use it more.

The Window Film Company, if you’ve not come across them before, is actually one of the leading installers and suppliers of window film since 1998.

I chose a beautiful MissPrint chevron design from the website (I’ve long been an admirer of their patterns, particularly in wallpaper) and measured up the window. After supplying the measurements, my window film was cut to the exact size I need and arrived within a few working days. I’ve applied window film before to some overlooked windows in my living room bay and had to cut that to size which was rather problematic, so I love this aspect of the Window Film Company’s service.

How to Fit the Window Film:

It couldn’t be easier to be honest and full instructions are supplied. Make sure your window is really clean. Remove the backing paper, spray the glass and the window film with a soapy water solution and then apply. You’ll receive a squeegee to then smooth the water and any air bubbles out from behind the film. And that’s it. It took me about 10 minutes to do both pieces. 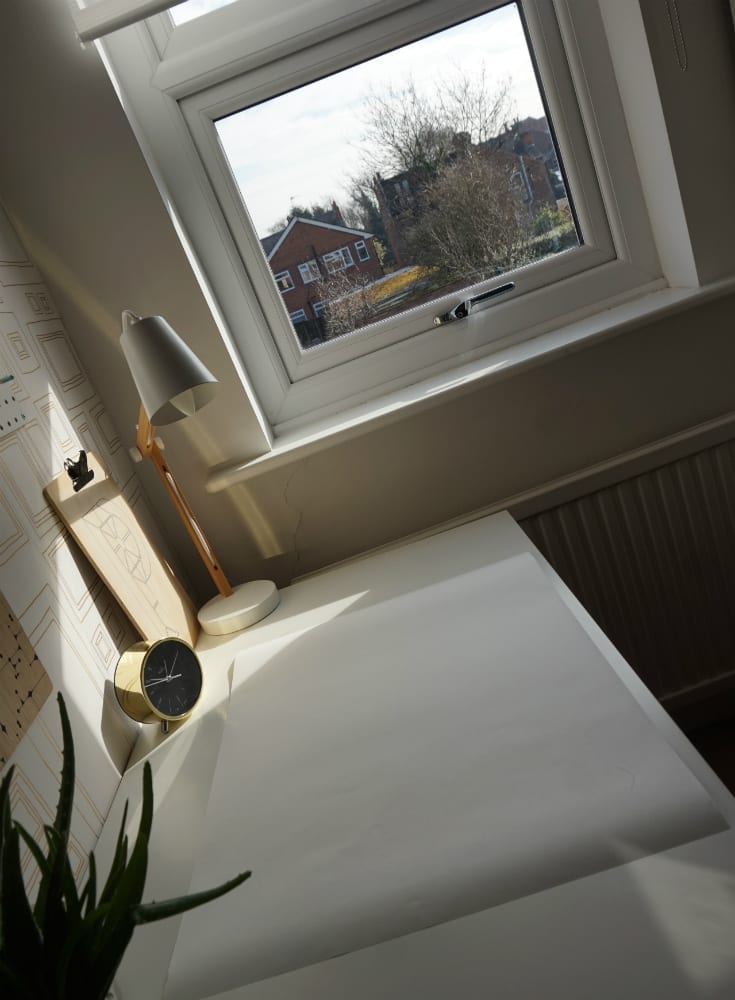 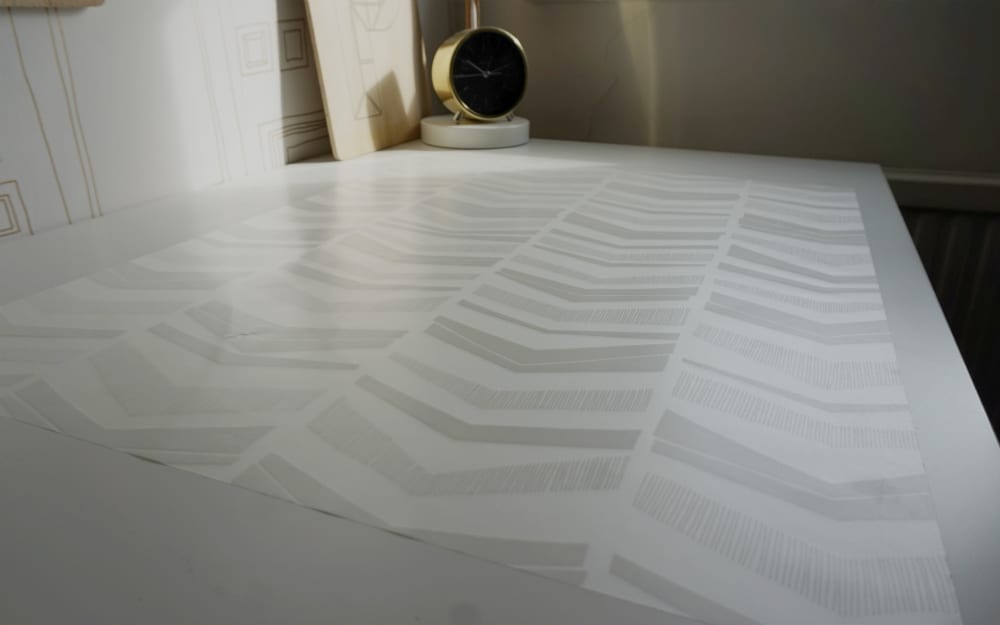 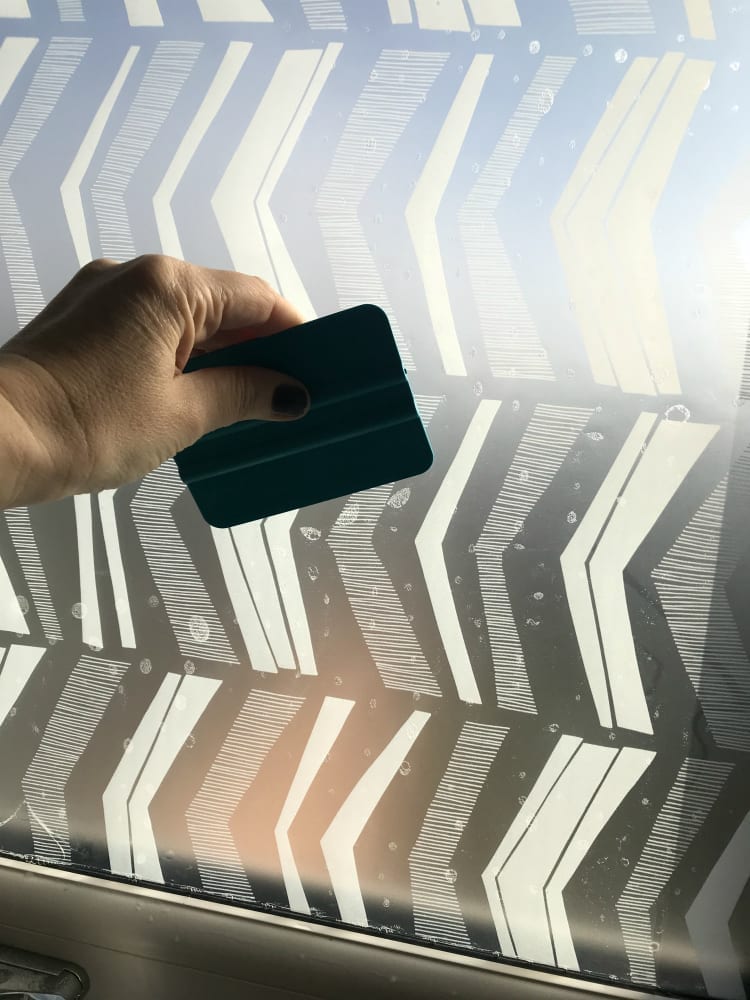 The end result is pretty impressive. Immediately after it went up I could see how the glare from the sun has completely disappeared but, the room was still as light and bright as ever. With this particular pattern, I can’t see anything through the window, and if it was overlooked no-one would be able to see it either. It does make you feel like you’re in a little bubble, but if I want a view I can simply open the window. 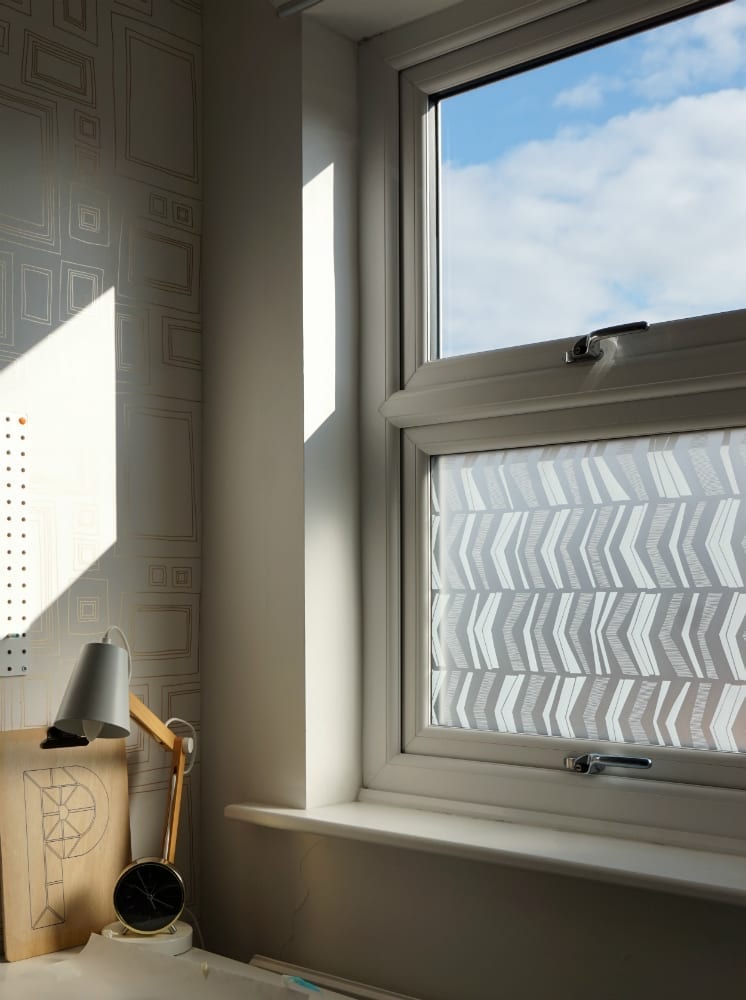 Other patterns and designs will allow you to see through some of the film, so check that out, and look at how different a complete frosting, against a clear film can look. In my print I could have chosen some of the chevron to be clear – although this would have leaked sunlight so not a great option for me in this case – and allowed more of a view. This is the Frostbrite range, called FB102 and worth taking a look at. 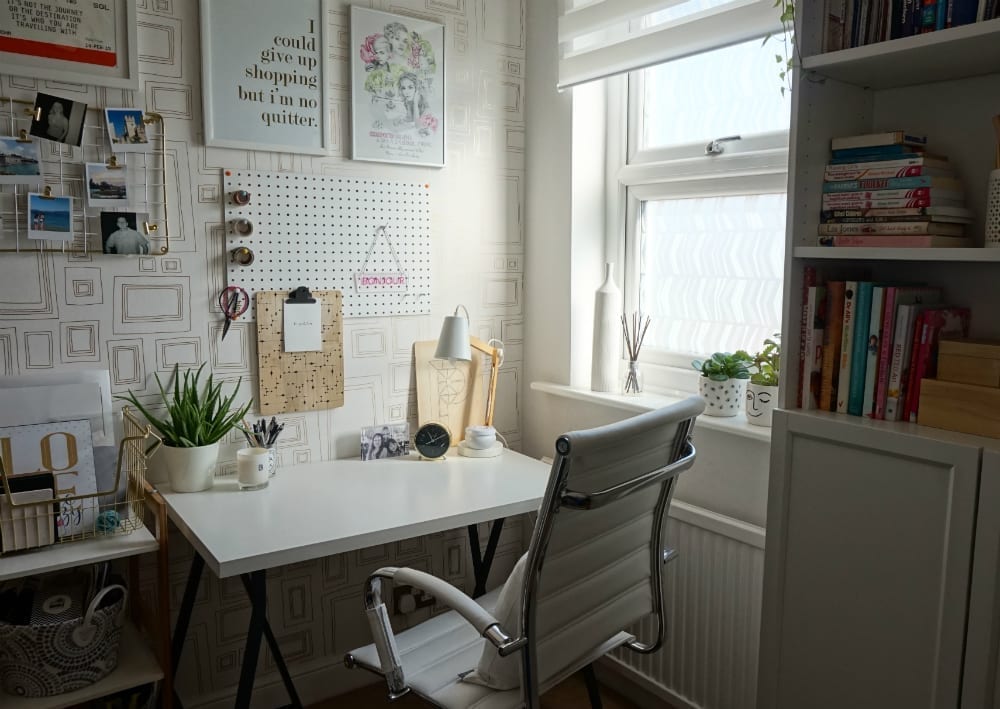 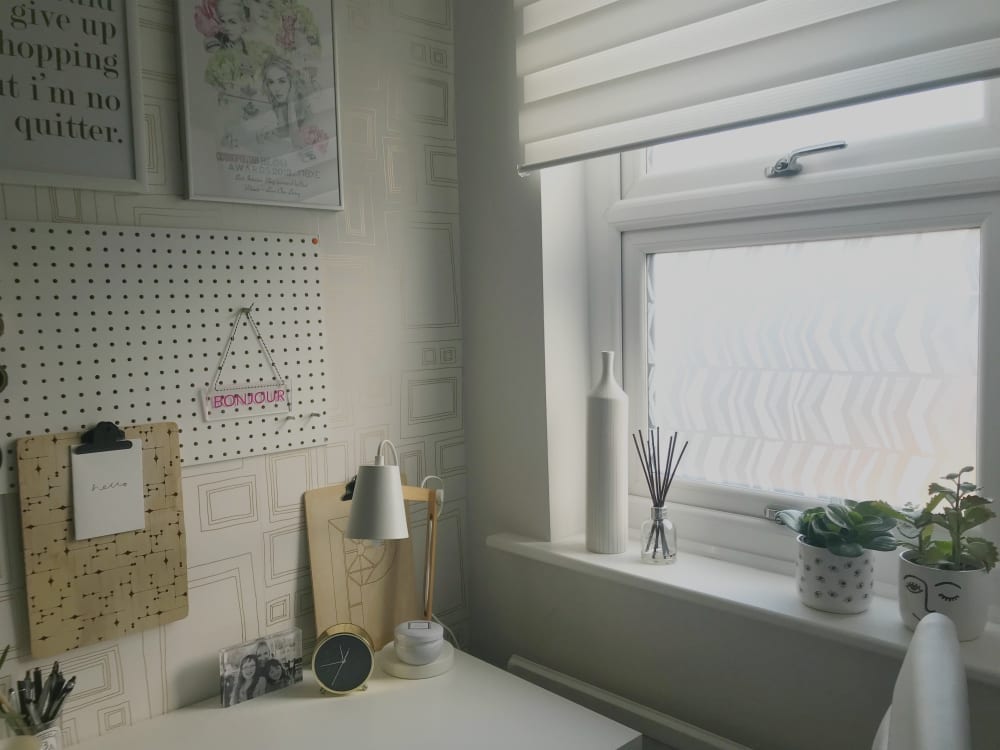 I’m thrilled with the result. It’s good value too. The two window panes in this window measure 60cms wide x 45 cms high each, costing £35 for film for the whole window. I think that’s really reasonable. 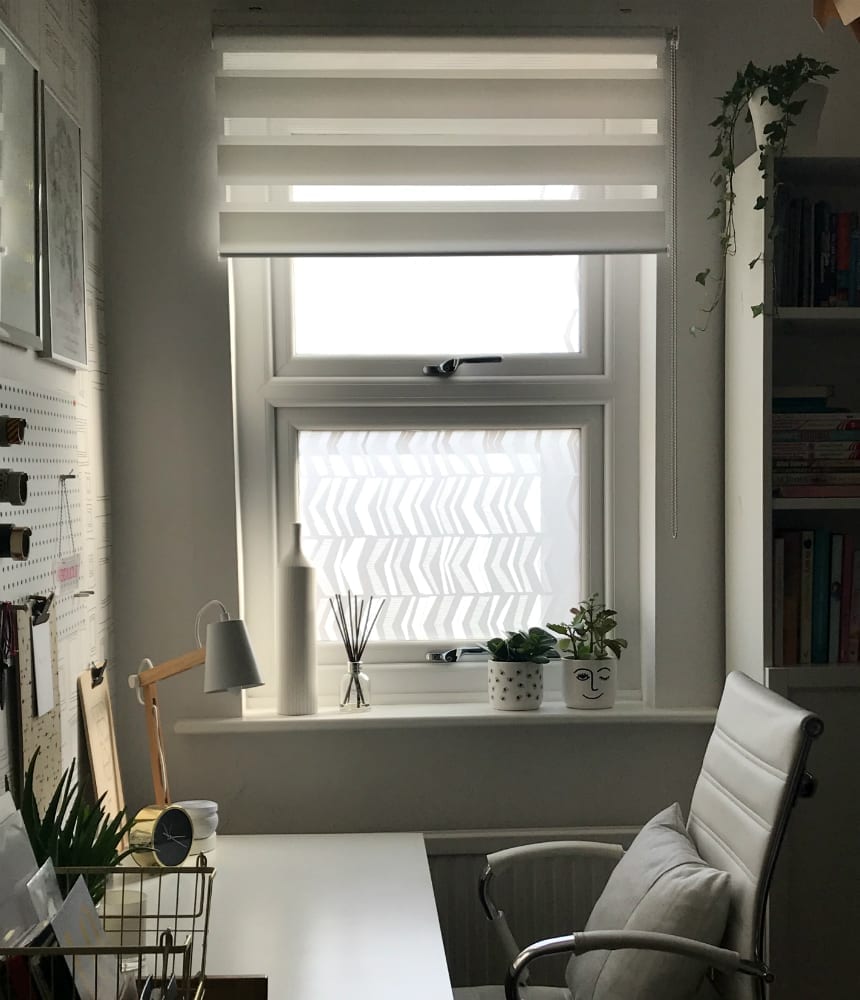 What do you think? Have you ever used window film in your home? Do you have a room where it would be useful? 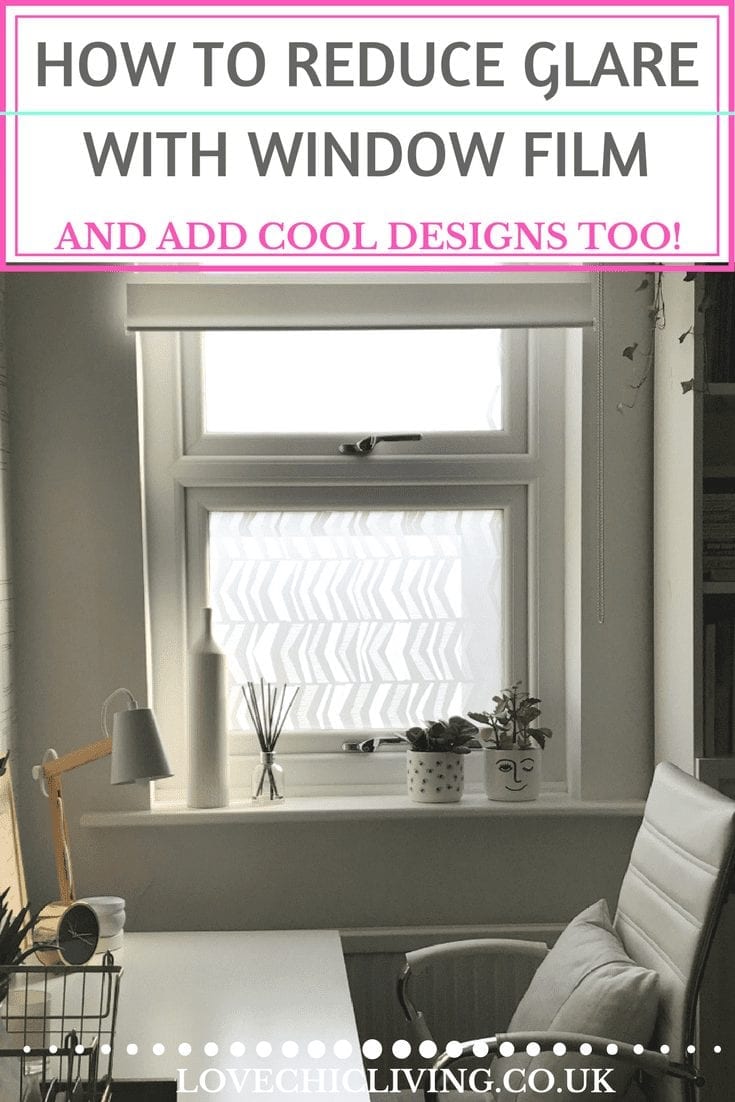 Collaborative post – thanks for supporting the brands that make the blog possible. 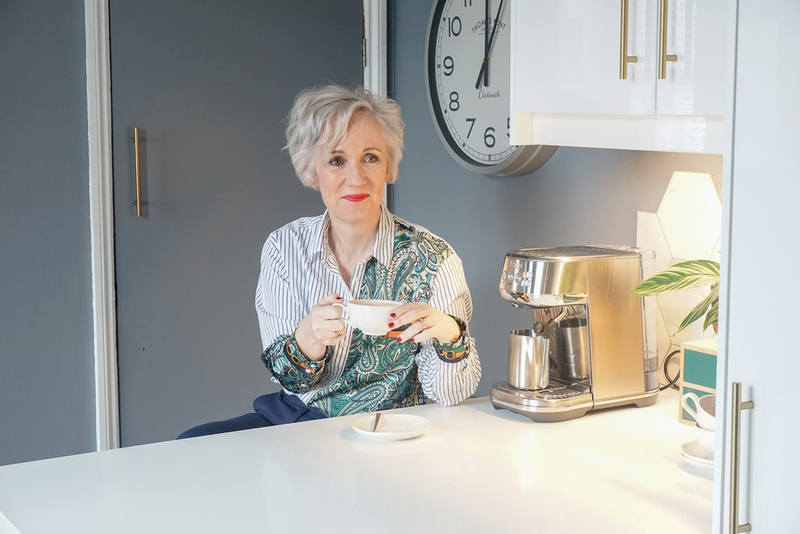 Download the FREE Guide to my favourite Home Interior stores