When it comes to picking the right type of window shutter for your home, there are several things that you have to take into account.

Window designs vary considerably of course and not every window shutter is suitable for particular styles of window.

You will therefore need to take into account which blinds will service your interior design needs the best and then start looking around for types and colours that suit your needs.

How do you go about choosing the right types of window shutters? We have put together a guide to help you select the blinds that will best suit your needs. 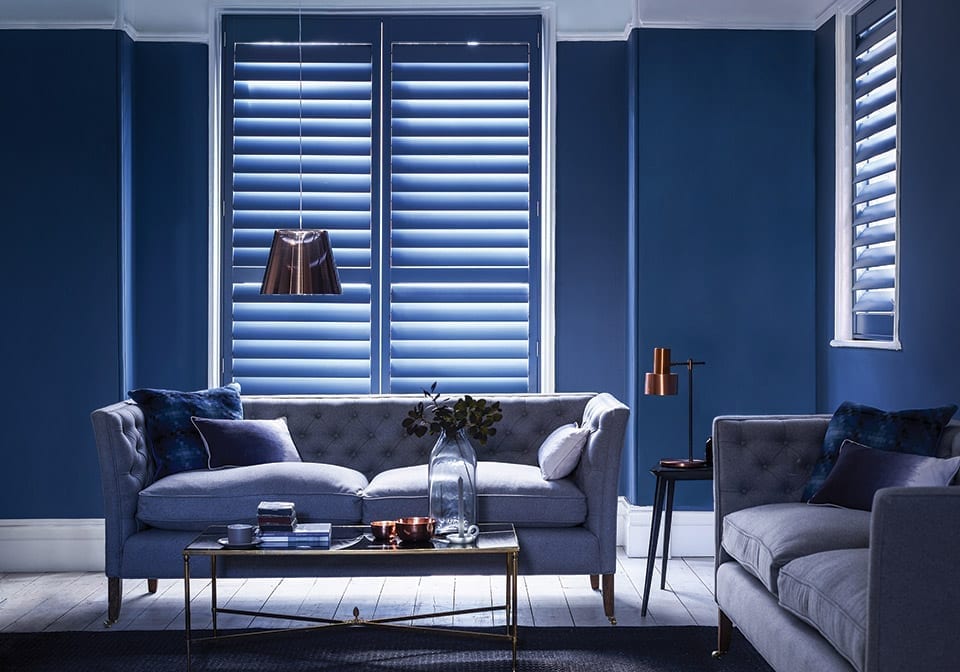 When it comes to plantation shutters, full-height shutters are probably the most common type available.

Full-height shutters are self-explanatory. They cover the whole height of the window.

If you want an easy to use shutter that will make it easy to open and close while also providing a full degree of privacy then full-height shutters are the choice for you.

They are usually made of a single panel and will be custom made to fit the size of your windows. 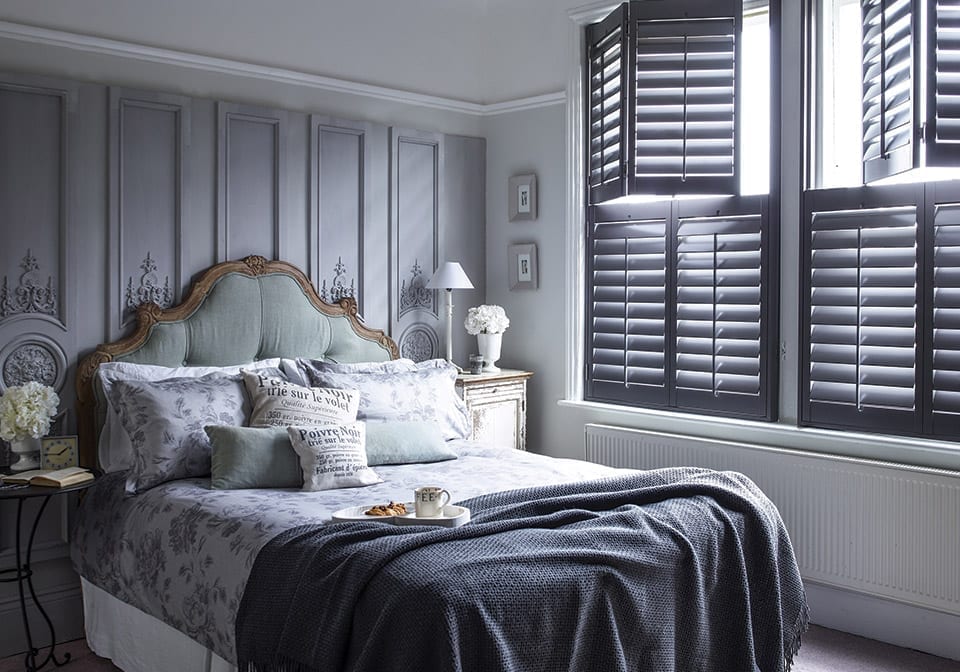 These are not quite as obvious to understand at first glance.

Tier on tier shutters are made of two panels. That allows for the top or bottom of the shutter to be opened independently of the other.

It could be described as like a curtain but on the horizontal axis instead of the vertical one.

These are great for when you want to allow a little bit more air to come through, but do not want to compromise on your privacy.

Just open the top panel and you can increase the airflow but still no-one will be able to see through your windows.

The same concept can also be used for light; you can easily let in light through the top panel by opening it without allowing people to see through into your room.

These are shutters that just cover the bottom half of your windows.

They are named café style because they are often seen being used as window dressings in such establishments.

They are perfect for people who want to allow plenty of light into the room but at the same time want to maintain their privacy.

They are also useful for those who are unable to reach up to the top panel as would be required with tier on tier shutters.

They are also popular with people who do not have the motivation to keep opening and closing their shutters.

Café style shutters are most often used for downstairs rooms because bedrooms require the ability to fully block out the light. 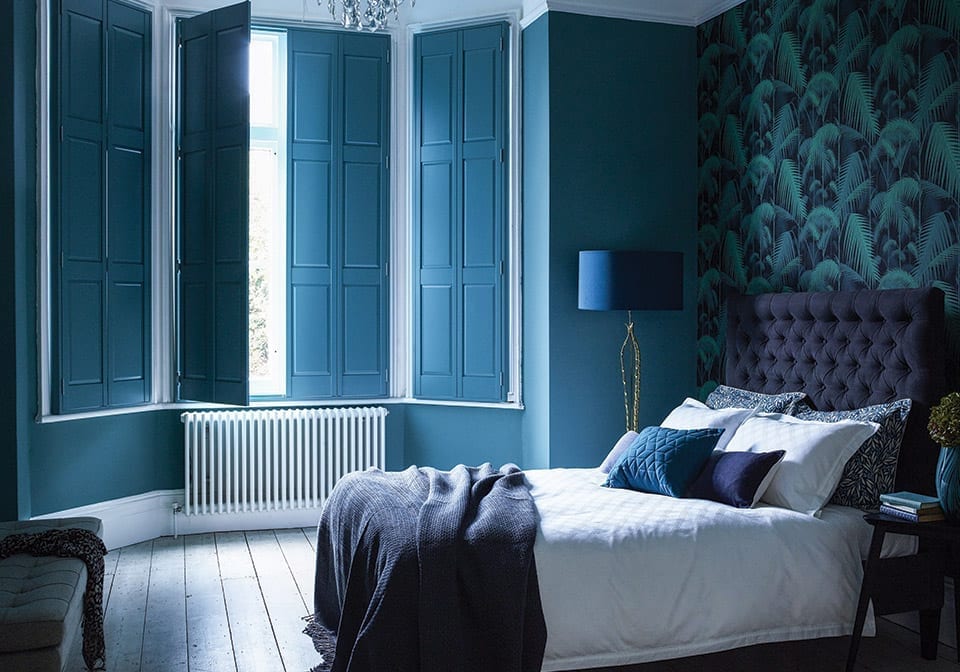 Solid shutters do exactly what the name suggests.

They are made of a solid panel of wood that does not have any slats.

Ideal for homeowners who want to improve on their privacy, they are also much easier to clean than slatted shutters, are the dust cannot get into any slats.

Another bonus to having solid shutters is that they keep more heat in a room than slatted shutters.

This means that if you live in a cold area or have extortionate heating bills then solid shutters will help to reduce the cost slightly.

They are heavier than slatted shutters due to being solid, so for older people they are not always the best choice.

Tier on tier solid shutters are also available but are less commonly seen.

Tracked shutters offer a range of different features that can help people enjoy their shutters because of their ease of use.

Because the tracks can come in a number of different forms it means that you can choose whichever style you prefer for your new shutters.

So if you want the shutters to just slide from side to side, that is possible. It is also possible to have the shutters fold up when you open them.

Those are perfect for patio doors and large windows as it allows the shutters to provide privacy while also allowing the light and air to get through into the room.

They are also easier to open for individuals that struggle with reaching up or moving heavy objects.

The only real drawback to tracked shutters is that they require a little more maintenance than regular shutters and as a result they can be somewhat more expensive over time.

Are you looking for the right TYPES of window shutters for your home? 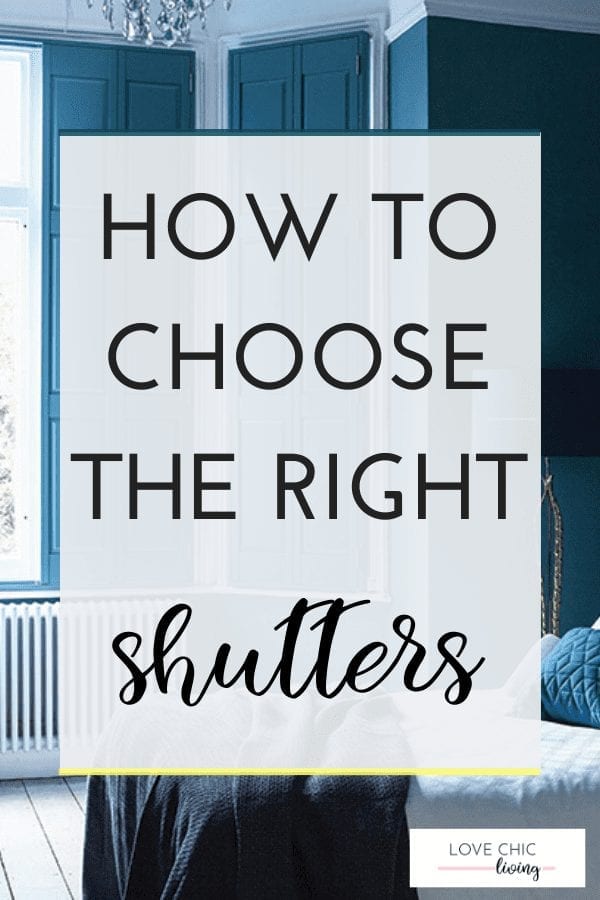