Conservatories were originally used to grow plants indoors in the 19th Century. Tropical plants that were introduced to Britain from warmer regions could not survive the British climate and needed warmer temperatures.

In the mid-1900s, the idea of building a conservatory as a home extension was becoming a trend as homeowners found new ways to utilise the extra living space.

Today, conservatories are recognised as a means of adding value to a property and contemporary examples boast eye-catching designs which have the definite wow-factor.

However, before jumping straight into planning a conservatory, there are several things to consider.

How to Plan the Perfect Conservatory Design 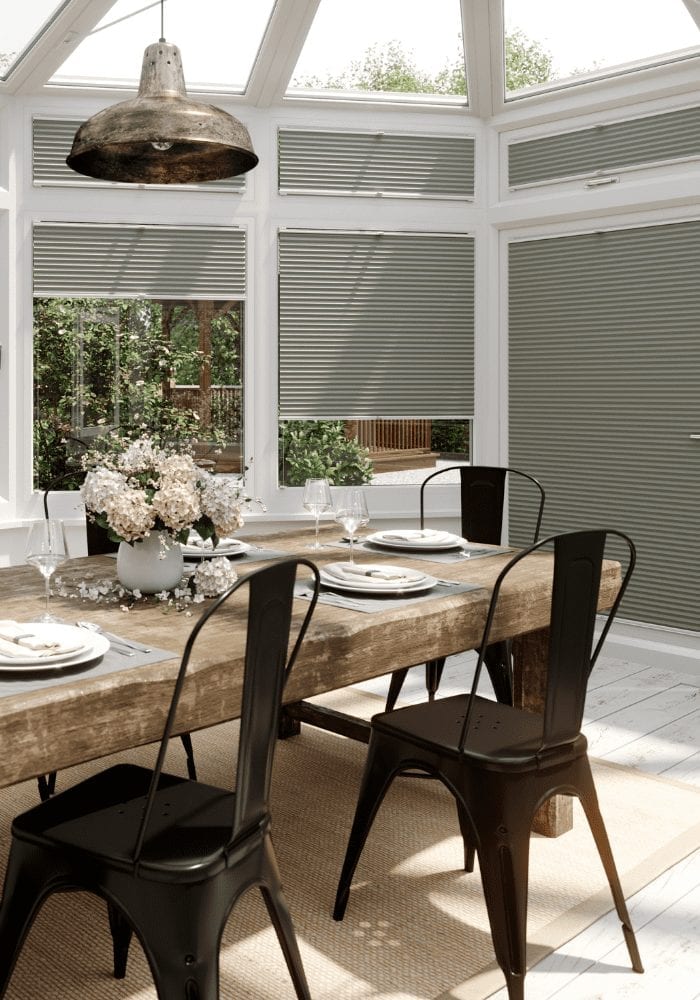 Building regulations for conservatories are considered as ‘permitted development’. However, in some cases planning permission may be required so its worth checking up with your local council before building work commences. You can apply for planning permission online.

In the main, the extension should not cover more than half the area of land around the original house or block natural light on to your neighbour’s property. If the previous owners built an extension you could be overstepping your permitted boundary rights.

Home extensions are subject to size. You won’t need planning permission if the height is no more than four metres high or three metres high if the edge of the building is within two metres of a neighbouring boundary.

VISUAL RELATIONSHIP WITH YOUR HOUSE

Traditional style conservatories are made from bricks, PVCu or lightweight, twin-skinned polycarbonate sheet roofing. Subsequently, they look cheap and do not always blend well the exterior of your home.

Today’s designs are chic and far more aesthetically pleasing. However, the latest designs are also more expensive. One way to complement your house and conservatory is to incorporate aspects of both old and new designs so your extensions compliments your house but also has a contemporary feel.

There are also many different styles of conservatory to consider including Victorian, Edwardian, T-shaped, L-shaped, P-shaped and Orangery. The style you choose may be determined by the space you have available and the appearance you hope to achieve between your house and the garden. 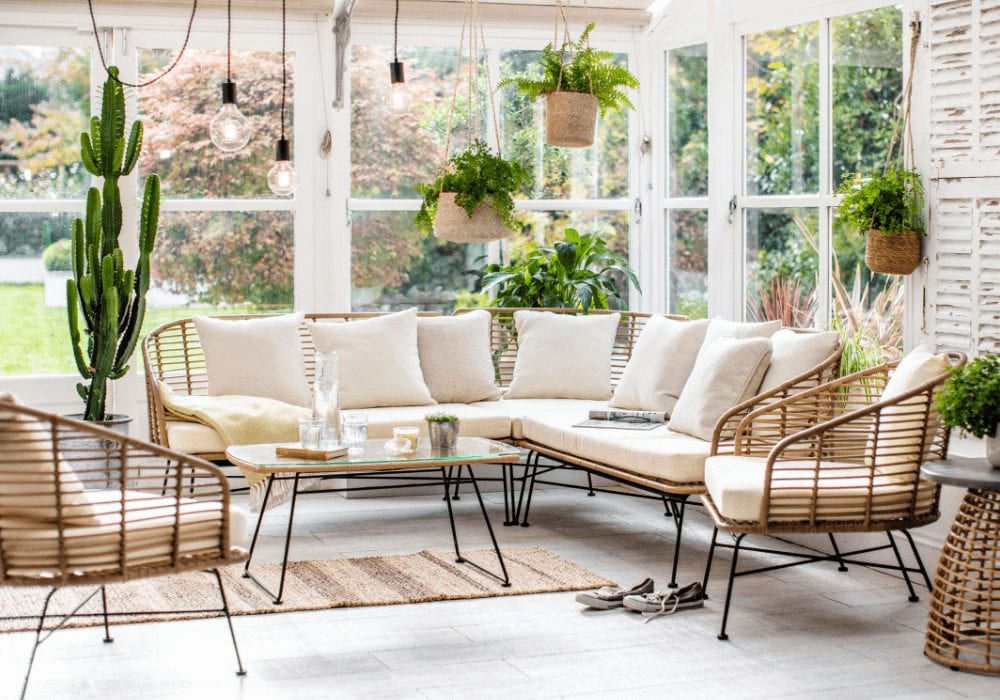 Because building regulations are less strict for conservatories, builders may waiver typical building standards. It’s not unheard of for conservatories to be built on the cheap with shoddy construction and inadequate materials. As a result, conservatory replacement roofs are required.

There is a stylish choice of materials such as glass, polycarbonate, tiles lantern, guardian and solid roofs that are weather-proof and have a strong visual appeal.

Modern roof designs are so engaging that some homeowners are replacing the old roof tiles of their home and replacing them options that were originally meant for conservatory.

In other words, you don’t have to build a conservatory to improve the exterior of your home, you can just re-roof your house.

One of the considerations that often gets overlooked when planning a conservatory is which side of the house the extension will be built.

Whilst the obvious choice is backing on to the rear garden, extension that face south can become too hot in the summer and unlikely to warm throughout the winter. North-facing conservatories are the best option. 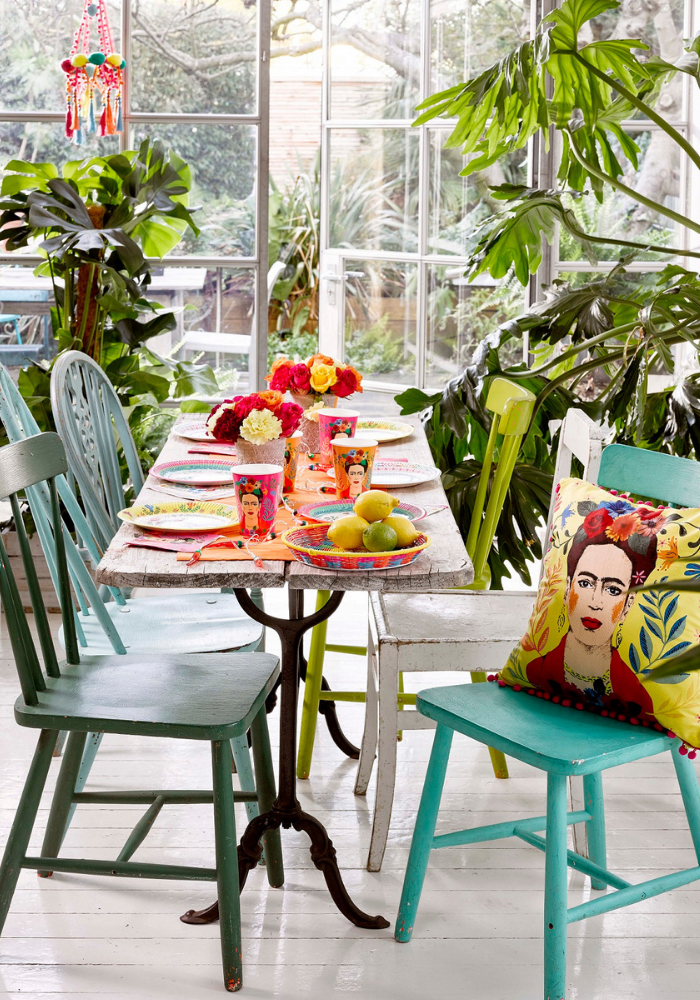 Before you decide which style and material to build your conservatory with, consider what you will be using the extension for. This will have a huge influence on the interior design.

The best option for the interior design of a conservatory is minimalism and simplicity. Ideally, the extension should seamlessly complement the room of your house which leads into the conservatory.

Fabrics and furniture should be durable as they will be exposed to a lot of sunlight. Whilst wood and metal are the best options, they can look plain so think of ways to splash colour around the room. And of course, use your conservatory for its original purpose – include a variety of tropical pot plants. 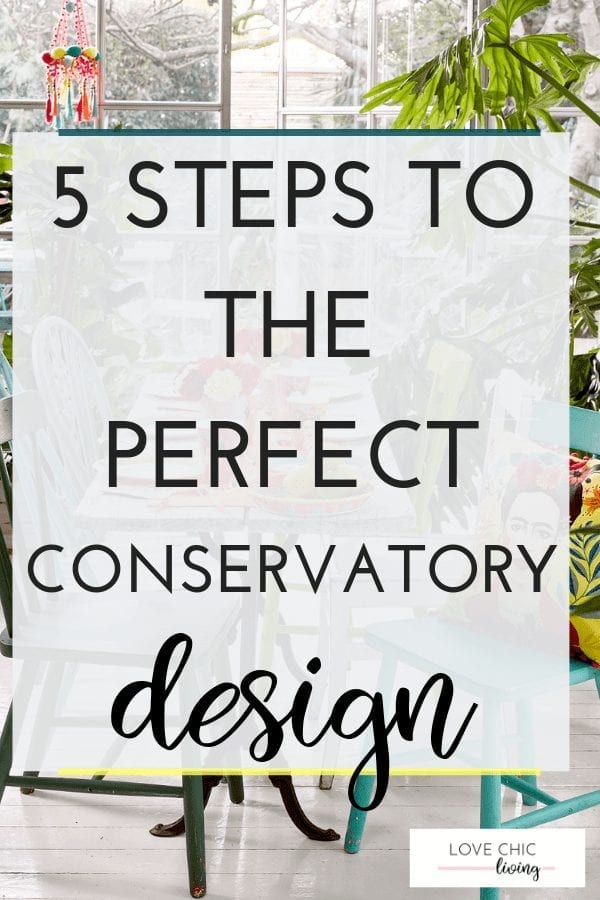